Perhaps the ideal way to learn is student and teacher working one to one, face to face. Let’s think about this.

All other things being equal, this might be so. Did not Elizabeth I learn from the greatest thinkers and teachers of her time, one to one, from an early age? Did she not turn out to be one of the best-informed, cleverest, most successful monarchs of all time?

But wait a moment. Does every student have such a formidable intellect and formidable tutors? No? Suppose Elizabeth I and her tutor Roger Ascham, one of our greatest educational scholars, could have worked together online as we do now. They would certainly achieve more than an average student working with an average tutor in the usual way.

So problem #1 with “Distance learning is second best”: the abilities and personalities of the both student and tutor.

But would they achieve as much at a distance as if they were face to face? Good question, see below.

What is “Distance Learning” anyway? The Open University offers world-renowned degree courses at any distance. Starting in 1971 lectures were given on TV in the middle of the night, resources went out and student’s work came back by snail mail, with face to face contact only in residential summer schools. Technologically primitive compared with today, 25,000 enrolled at its launch year, nearly one-fifth of the then student population of the UK. In 2013 the OU had over 200,000 students and was the fifth highest in student satisfaction survey.

In 1940s Australia ‘School Of The Air’ began to teach children in the outback over the radio. Online technology was introduced in 2003, since when over 30,000 students have used it. Now the ‘virtual classroom’ is being rolled out across the continent.

But isn’t that just because they didn’t have a local University that would take them? Perhaps they did not – isn’t it a key advantage of Distance Learning precisely that a student can learn when there is nowhere to study nearby?

Which is problem #3 with the idea that “Online learning is second best”. Suppose a student cannot find a tutor nearby? Princess Elizabeth did not suffer this problem – it would be a brave tutor who declined a summons to teach the daughter of Henry VIII.

We have seen how students embraced Distance Learning using the comparatively primitive technology of the SOA and the OU’s early days. Some tutors still use something similar, though Skype allows conversation instead of lecture, while email and online document editing allows us to look at students’ work together.

Sounds pretty crude, doesn’t it – really a correspondence course with a more modern kind of phone?

which, used with video and audio communication, is effectively a real classroom. Student and teacher see each other, write and type on the virtual whiteboard, upload resources, send each other work and resources instantly, see anything the net has to offer, check and improve work done, and so on. Here’s a screenshot of one ‘room’ in a virtual classroom. Find out more at //www.learningisgood.co.uk/

Problem #5 with the idea that “Online learning is second best”. The very fact of being remote is an enormous help to the many students who have difficulties dealing with other people or just can’t learn in a school classroom. I have taught one with disabling anxiety, another who had been badly bullied, another with ADHD who couldn’t even work with a face to face tutor. None of them had the slightest problem working with me. Some ASD children who cannot cope at all with the classroom will learn enthusiastically on their own using an iPad.

To finish off, let us come back to Elizabeth I, Roger Ascham and the question ‘but would they achieve as much at a distance as if they were face to face?’

The answer may be no. But we shall have to add some provisos, thus;

To put it more simply: online learning is just as good as face to face – unless you are Elizabeth I. 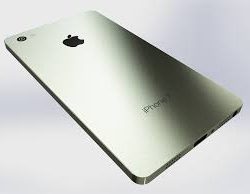